CAD started a community school in Peas in 2002 and, although the conditions were very poor, it was well attended. The government then saw that there were enough children in this area to merit a government school. This was opened in 2012 and is now attended by 152 children. Another 30 children will start at Peas Primary School in 2015 - 2016. 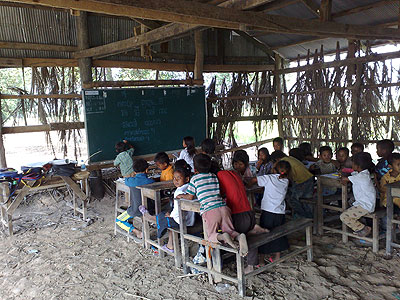 The CAD community school was very poor quality but the students were enthusiastic. 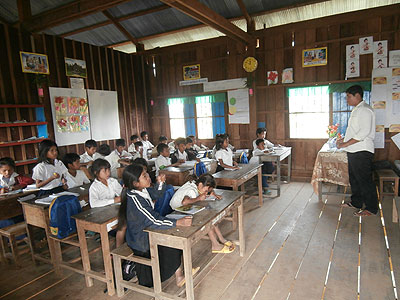 The new classroom built by MOE in 2012

At the start of the project, Peas school ran 3 classes and was staffed by: 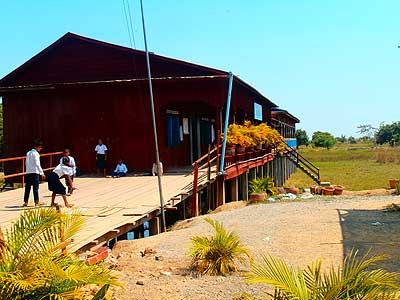 New school built in 2012. In 2016 three more classrooms were built by ARUPE (Spain) and the number of students increased to 185 children.

This school still has problems because it is in a remote wetlands area and the community is very poor. It is very hard to find teachers to work here because they have to travel around 30km a day on poor quality roads to get to work. CAD staff visit the school weekly to see how they can help.